I Am the Rain.

Email ThisBlogThis!Share to TwitterShare to FacebookShare to Pinterest
Labels: Chants and Invocations, Poetry

Memories from a Gathering

Finally I have a spare bit of time to sit and write something of my wonderful experience at the Gathering For Life On Earth, which I attended last weekend. Where to begin, where to begin?


The drive itself from Montana through northern Washington and the Northern Cascades National Forest was the perfect way to start off our journey. The miles of forest and hills, peaks and cascades sped by, with my traveling companion Eric and I laughing and singing all the way. After a day and a half on the road, we reached the Canadian border south of Vancouver, followed our Google Maps directions to the site of the Gathering, and with slight trepidation, turned down the drive, rolling through dappled sunlight under a canopy of trees until we reached the parking lot.

We were barely out of the car when a lovely lady greeted us and in moments we were laughing together almost like old friends. I felt the excitement swell in my chest as we were handed our welcome packets and began to make our way toward the rest of the camp. I immediately loved the presence of the place-- the forest so lush and quiet, the sunlight sparkling like diamonds on the water of the lake, the winding paths and the sound of chatter here and there as more and more people arrived.

To unpack was the work of a moment, and before I knew it, the Opening Ceremony was beginning. We were all given clay medallions and pomegranate seed beads and made necklaces with them. Not knowing what to expect from the ritual, I let out a deep breath and released my anxieties to the wind, which whisked them far away from me, and before I knew it I was feeling myself lifting and flying into the Between. Persephone was embodied, welcoming us to the place between the worlds, and we danced the serpentine dance, took on the guise of many animals while we appreciated each of them for their unique qualities, and danced freely, stamping the earth with our feet and throwing our hands to the sky. The sky grew dark around us, and the ritual came to a close, leaving the sacred circle in place for the coming weekend. "I cast the circle round about. Spirit within, World without..."

I sought out some solitude and found the DJ putting the finishing touches on the Grotto Pavilion where there would be music and dancing late into the evenings. I helped him put colored glowing lights into paper lanterns hung high above the dance floor, and watched the swirling lights the disco ball threw onto the wood and walls. Eventually, we made our way back to the fire, I pulled out my fiddle along with Eric, the DJ on his bodhran, and a new friend on the saw. Soon, the fire was encircled by new faces and we went around introducing ourselves, with many laughs along the way. Spirits and wine flowed freely and before I knew it, I was one of the last two people at the campfire. Not wanting to acknowledge my weariness, I hesitantly made my way back to the cabin and fell into a heavy, comfortable sleep.

I didn't make it to breakfast the next morning-- the only time I ever made that mistake, I assure you, for the breakfasts we were provided were top notch (especially the bacon) and worth stumbling out of bed for. I eventually leapt out of bed when I realized that I was about to miss the first workshop, and in a whirlwind I dressed and scampered to the meeting place.

The sunny day was full to the brim: workshops, a wonderful hot shower, fiddle playing on the deck while others lolled about like lazy cats in the warmth, lunch, and then the Main Ritual in the early afternoon. The Shaman led us in a ritual to honor and release the dead so that they may become ascended spirits- ancestors. We cried our "Wassail!" to them as we passed the horn of mead, we breathed deeply of the sage and the soil at our feet and when all had been said and prepared, we built an underground cairn and released the weight of the dead from our shoulders. It was a truly moving and spirit-filled ritual full of meaning and so beautifully simple and raw.

The evening came on quickly after more workshops and I hungrily devoured my dinner, glancing around at all of the lovely and different faces around me. I tried to notice each one- who they were, from the inside out, and I was nearly overwhelmed by the beauty of all these incredible essences around me. I melted into the swirling conversation, and was swept away once more as the night became darker and many of us made our way to the fire for dancing, drumming, mead and general revelry. The rest of that night becomes somewhat blurry in my memory-- we moved some fire down to the Grotto and danced under the pavilion, eating strawberries and drinking Moose Drool (a Montana beer), mead, whiskey and such. Eventually people began to drift away to bed, until there were only three around the sacred fire, and the laughter and conversation lingered, and lingered, and lingered.... until the world began to lighten and the bright gray of morning spread into the sky. Then, I realized what I'd done and sped away to my cabin, collapsing in a heap on my bed.


Despite my very very late night, I awoke bang on the dot at 7:55 and scooted up to the Main Cabin for omelettes and bacon. Oh, gods, that bacon! I have to learn how to make mine taste that good. After breakfast, I took my yoga mat out to the docks, praying that the rain would hold off long enough for me to get the blood pumping and some sun salutations in. I warmed up slowly in Mountain Pose until I felt a gentle warmth all over, then shed every scrap of clothing and did a series of sun salutations, which became more invigorating as the rain started to sprinkle down gently. Finishing my practice in Namaste, I turned toward the lake, took a deep breath, and took the plunge! down, down into the cold dark water. As I lifted myself back onto the dock, the previously chilly air felt warm against my skin. I wrapped up and went to take a hot shower but no.... it was time for the Altered States workshop, so I grabbed my sleeping bag and wrapped up like a cocoon as we drummed and chanted and discussed flying ointments and trance-inducing herbs. I didn't discover my trigger during the workshop, but it all came in handy later in the evening.

I decided to opt out of the Women's ritual, but I enjoyed sitting in front of the fire under the porch, listening to the rain and watching my friends whittle. I could hear the deep voices of the men in their ritual under the singing and chanting women's voices and it all mingled with the sounds of the forest, the water and the fire crackling away. Time slowed to a trickle, but eventually dinner was served and a large group gathered for Storytelling by the hearth in the Main Lodge. There were funny stories and scary yarns, jokes, folk tales and poems.

And then there was music. A caleigh grew right out of the woodwork and soon enough we had two fiddles, guitar and enough drums to blow the roof off the building! Eventually, the dancing started, and the divining, flying ointments and mead drunk from the great curved horn of the Shaman. More drumming, and dancing, and drumming and spinning and whirling, faster and faster, sometimes slow and sensuous. I myself was called by a Goddess whom before I had never known deeply and we had our moments surrounded by rose petals and desire. When I returned to the dancing, I felt neither the floor beneath my feet nor a chill against my skin as the drumming and dancing spiraled upward and upward until it all came down and nearly knocked me to the floor with its power. Ah, the ECSTASY!!! I ventured out into the rain, down to the fire, and chatted with one of my new friends about his take on the weekend, and we stared out at the green-gray lake past the smoking fire. The night waned and one by one everyone slipped off to bed, but I was filled with vibrations and energy and paced around the Main Lodge for an hour, waiting until I was the last little body in the darkness before I slipped back to the cabin for a few hours of restful sleep.

The next morning, I was up for breakfast again, and smiling at all the tired but happy faces around me, noting in the mirror the circles under my own eyes, and yet the pink glow was still in my skin. After breakfast, there was packing up of workshops and canopies and the like, and I pitched in until I simply had to retreat to the warm hearth on the deck. I purchased some wares from the Witch of Forest Grove, and a turtle shell from the Shaman. I watched the Shaman tighten and tone his drums in front of the fire, as they were loose and warped from all of the moisture, as several of us huddled around the fire, unwilling to think about the Gathering coming to an end. The morning passed slowly, but not slowly enough- soon we were gathering in the Lodge for the Closing Ritual. We remembered the events of the weekend: the companionship, the moments of enlightenment, the rowdy revelries, the introspective silences, and all the spaces in between which we had been floating through for the past days. And the black raven gates came forward, and we joined hands for our serpentine dance back into the realm of the living, out of the Between. I dreaded that gate, I remember. I could see myself drawing nearer and nearer it, and I felt my spirit struggle with my feet that drew me closer to the end of the journey. But there it was before me, and then I was through, and I released the breath that was caught in my lungs and took a deep breath in, and I knew that I had returned.

Soon after, the farewells and parting of ways began. Some of the women took roses from the Temple and processed to the docks. We chanted to Aphrodite as we cast the petals onto the lake, the men standing respectfully on the further shore. Then it was time to say final goodbyes, and after giving a final offering of honey whiskey at the crossroads/cairn, Eric and I loaded the car, took a deep breath, and drove away.

The drive home was long but peaceful, we listened to Celtic music and talked about our experiences at the Gathering. We both had a hard time breaking out of our trance-y moods and coming back to reality, but then again neither of us really wanted to. I had to force myself, because driving and trancing never mix well, but Eric was a pleasure to watch as he drifted in and out over our trip home.

I will never forget this Gathering, and I promise that I will be back... I can't imagine never seeing all the Gathering's fair folk again. So I return to my life, rejuvenated and inspired, filled with loving Awen, and I begin to look forward to next year's Gathering.

Threefold blessings upon you all. 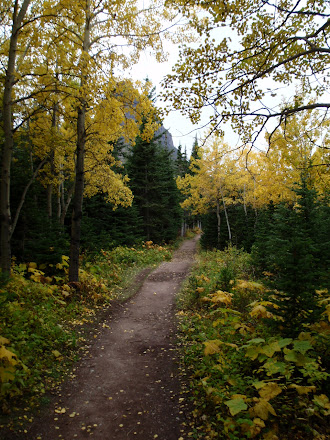 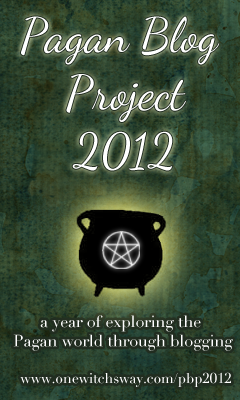